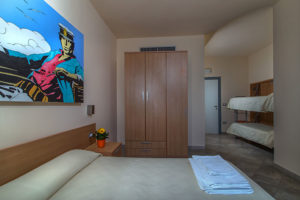 Corto Maltese, a sailor-adventurer created by Italian comic book creator Hugo Pratt, debuted in the serial “Una Ballata del Mare Salato” (Ballad of the Salt Sea, 1967) concerning smugglers and pirates in the WW1-era Pacific Islands. The comics have been translated in many languages outside Italy.

Corto Maltese (possibly derived from the Venetian Courtyard of the Maltese) is a laconic sea captain adventuring through the early 20th century (1900-1920s). A rogue with a heart of gold, he is tolerant and sympathetic to the underdog. Born in Valletta on July 10, 1887, he is a son of a British sailor from Cornwall and a gypsy witch from Gibraltar who carved his own life line on his palm, determining that his fate was his to choose. Although maintaining a neutral pose, Corto instinctively supports the disadvantaged and oppressed.

The character embodies the author’s skepticism of national, ideological, and religious assertions. Corto befriends people from all walks of life, including murderous Russian Rasputin (no relation with the historical figure, apart a physical resemblance), 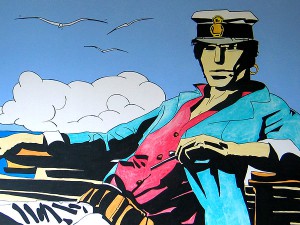 British heir Tristan Bantam, Voodoo priestess Gold Mouth and Czech academic Jeremiah Steiner. He also knows and meets various historical figures, including Jack London, Ernest Hemingway, Herman Hesse, Butch Cassidy, Russian White general Roman von Ungern-Sternberg and Enver Pasha of Turkey. His acquaintances treat him with great respect, as when a telephone call to Josef Stalin frees him from arrest when he is threatened with execution on the border of Turkey and Armenia.

Corto’s favourite reading is the Utopia by Thomas More, but he never finished it. He also read books by London, Stevenson, Melville and Conrad.

The Corto Maltese stories range from straight historical adventure stories to occult dream sequences. He sees the Red Baron shot down, helps Jivaros in South America, and flees Fascists in Venice, but also unwittingly helps Merlin and Oberon to defend Britain and visits the lost continent of Mu.